The last time that Vincent Kompany played a competitive match for Manchester City was back on January 28 of 2017 as the Belgian defender appeared from the start of City’s FA Cup game against Crystal Palace. 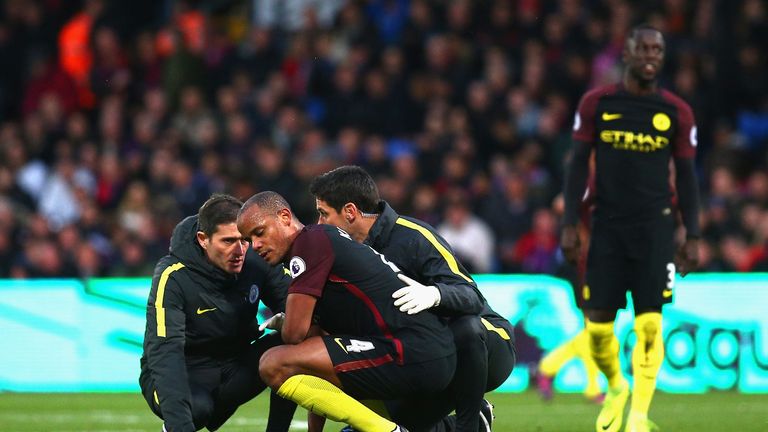 The exprienced defender has failed to make any competitive appearance for Manchester City as Kompany is struggling to get fit after picking up an injury.

It was initially expected that Vincent Kompany would be fully recovered and able to get back into the pitch by March 1 just in time for Manchester City’s FA Cup game against Huddersfield Town but the Belgian player continues having problems and he is still on the sidelines.

Manchester City claimed a 5-1 triumph over Huddersfield Town and advanced into the quarter-finals. This FA Cup is not a very significant match for Pep Guardiola and his squad as they are attempting to snatch the Premier League title away from Chelsea as well as also having to focus on their upcoming Champions League encounter against As.Monaco which will be taking place on March 15 and their 1st leg resulted in a 3-5 triumph in favor of the Premier League.

The return date of Vincent Kompany still has not been announced but Pep Guardiola and supporters of the club are hoping to see the club captain back in action as soon as possible and hopefully be fully fit for their approaching Champions League 2nd tie against As.Monaco.

This recent string of injuries that Kompanyhas picked up has forced the Belgian defender on having to miss out from Manchester City’s Premier League matches against: West Ham United, Swansea City and Bournemouth.

Even without the likes of their club captain Vincent Kompany, Manchester City has still managed to claim victory against those Premier League teams but nonetheless, Pep Guardiola is hoping to see one of the main figures back into the pitch as soon as possible especially now that Manchester City is going to have a fairly busy schedule with not only Premier League games but also FA Cup and Champions League encounters scheduled to be played within the upcoming weeks.